State of Social Media in 2012; Welcome to the jungle!

So Instagram is no longer cool enough and is getting outdated? His founder’s girlfriend gives you Lovestagram. 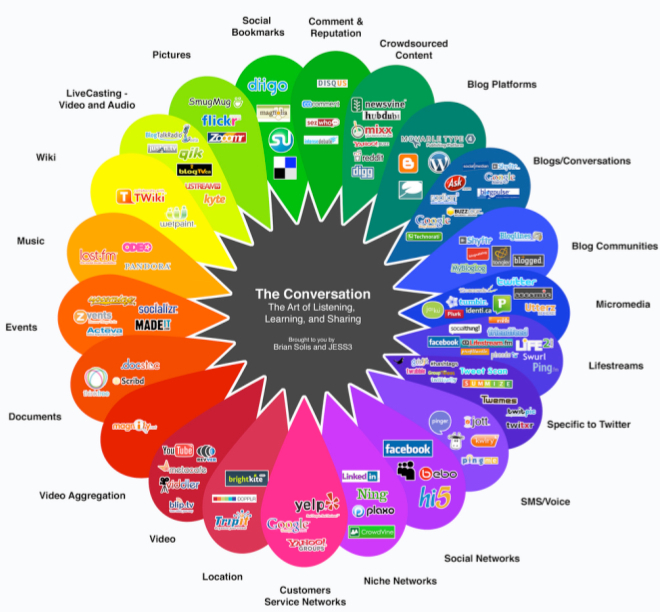 Have a cool picture of your last night’s lavish meal that you want to share? How about uploading it to path or twitting about it, or maybe posting it on facebook? You can also cheers to it and have your friends cheer at your cheers. Btw, did I mention Google plus, yelp, foursquare, Pinterest and Tumblr? And the list goes on with almost every month one or two new social apps popping up each trying to finding innovative ways to lure users into dragging them to their phones’ home screen and push the other guys to that third page to fight with their peers for retention.

But it shouldn’t be like that. And hopefully it won’t. To me the painful process of checking in at the restaurant using app A, taking a picture of your dish and uploading it to a social app B, and writing a short message about it on app C and tagging your friends in app D… is too much to worry about for users and does not scale. There are currently two alternatives to this problem. One is to totally ignore all of these apps and remain loyal to one (or a select few). The second solution is to link them all together and post to one allowing others to obliviously replicate your post. However, neither solution is optimal. The former locks you and your data in, is too restrictive, makes it more painful to migrate to new and better apps/experiences and shrinks your social media influence. The latter, while being less problematic, is not useful either as it totally ignores the “context” of each app, it’s “language”, the features specific to the target platform and finally its user expectations (yes, not everyone in the world is on twitter and familiar with a 140 character cryptic looking messages that appear on someone’s facebook timeline. Ask those who don’t use twitter). This paradigm will soon have to shift into a less painful alternative for users or apps start eating away each other at a rate that none can get even a fraction of facebook or twitter’s user base, influence or attention.

I use the following analogy to describe a departure from the current fragmented state of social media content generation and consumption. For a second imagine if you had to capture a new picture each time one of your users told you they were using a new image viewer application on their desktops/phones. You would have to take a different version of each picture for every single image viewer out there. However, thanks to the power of standards and the operating system, you create a picture [content] once without having to worry which or how many applications [views] will “render” your file. While this is not a very fair example due to its simplicity, it highlights the deep gap between a full separation of content and views and our current status.

While as Fred Wilson points out it is too simplistic to think about social media consolidation around a winner-takes all social platform, it is not that farfetched to think about a world where each social media outlet acts as a “view” over your singular and central “content”. This way, users generate a “multi-modal and multi-dimensional information element” that consists of any number of attributes such as name, description, location, time, image, video, etc. only once and allow a selected list of social applications to “interpret” and “translate” its content into a “language” or “form” popular in the destination platform. This way, the description of your social experience [how] of eating a fabulous Burger [what] at the awesome Father’s Office in Culver City [where] with Mary and Jane [who] along with the “video” or “image” of the burger [augmented modalities] form a single multi-dimensional multi-modal data element that can be (semi-)automatically transformed into a tweet, facebook post, youtube video, instagram picture, foursquare checkin, cheers to post, path update, and so on. With all information silos consolidating, location services becoming ubiquitous and facebook becoming everyone’s digital web identity we’re not that far. It’s a matter of solving a few (but very challenging) privacy, security & legal, UX and of course business issues. But these to entrepreneurs are hopefully what smells like teen spirit sounded like to teenagers of Seattle in 1991.

Technology is at its finest when it completely disappears into the background.

Augmented reality can break down communication barriers – and help us better understand each other by making language visible. Watch what happens when we bring technologies like transcription and translation to your line of sight. #GoogleIO ↓

Technology adoption in the US, as % of households. Source: The Economist.

I can basically pay for gas in Fahrenheit instead of USD.